On Saturday 20th August at 7.30 pm. contemporary folk band Spin 2 will be performing at Lower Bruckland — remember to put your dancing shoes on!

Check out their site or see them on YouTube:

In their own words:

DixieGrass are four singer-instrumentalists performing an eclectic mix of new and old Standards, Blues, Country, Dixieland Jazz, Bluegrass and much else – all in their own unique and inimitable style. DixieGrass is an all-acoustic band; no Karaoke-style backing tapes here – no drums, no orchestras, no choirs, no schools of whales radiating their plaintive cry across the oceans; nothing to detract from the sound of a great band strutting their stuff and performing good, honest, driving, foot stomping music – live.

…and we are lucky enough to have them performing live at Lower Bruckland on Sunday 7th August. We recommend you arrive at 2.30pm so you don’t miss anything!

No time to waste, The Iscatels will be bringing their brand of reggae/ska to Lower Bruckland on 23rd July.

There will be a cash bar and homemade pizzas to help banish inhibitions and hunger respectively.

Check out the band at http://theiscatels.com/

Unfortunately the author of these updates has been too busy to spend as much time as he’d like at the Ponds during May, but a couple of visits late in the month did show summer was well underway.

As expected the usual water birds have young, including Mallard, Moorhen, Coot, Little Grebe (pictured below right) and of course Mute Swan… 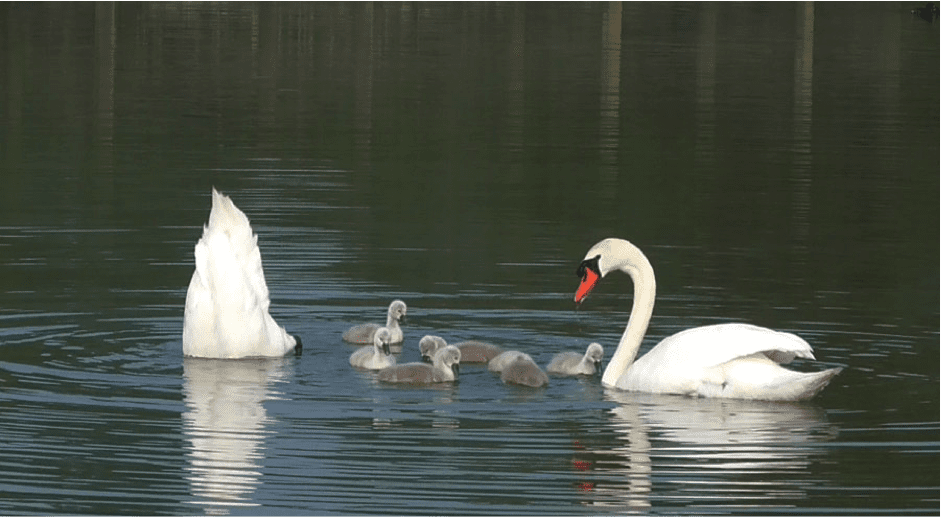 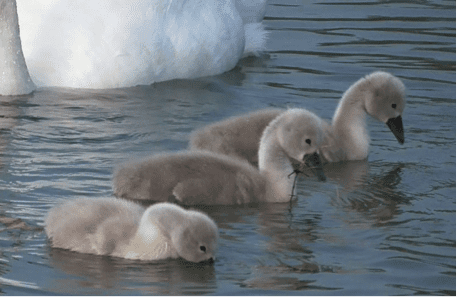 When photographed there were seven cygnets, this was lower than the number that fledged the nest, but will probably be more than are still going at the end of the summer season. Nature can be harsh, but this is precisely why water birds have such large numbers of young.

Other summering birds present include numerous Chiffchaffs, Blackcaps and this year three singing

male Reed Warblers. Only two males Reed Warblers were present last year, but the increase in reed fringes around some of the ponds has done the trick and the Ponds breeding population of this species has increased by 50%.

In early March it looked as though spring was going to be arriving several weeks early this year, but by the end of April most things had slowed right down and in fact many flowers and trees were several weeks later  than usual. This was the same with bird migration, with only modest numbers of summer migrants arriving into the UK through April.

There was one star bird for the Ponds though, with the very exciting discovery of a Hoopoe on 28th. It stayed in the area for a couple of days, but has since moved on which is to be expected for this rare visitor.

Hoopoes are a common sight in much of the world, but the UK is just a little too far north for them to thrive.The birds we do occasionally get in the UK often originate from Spain or France, and arrive here having overshot their planned destination during their northward spring migration from Africa.

Lastly, a special mention to Kerrie Ann Gardner who found herself in exactly the right place at the right time to take this stunning photo of the resident male Mute Swan ‘DJO’… 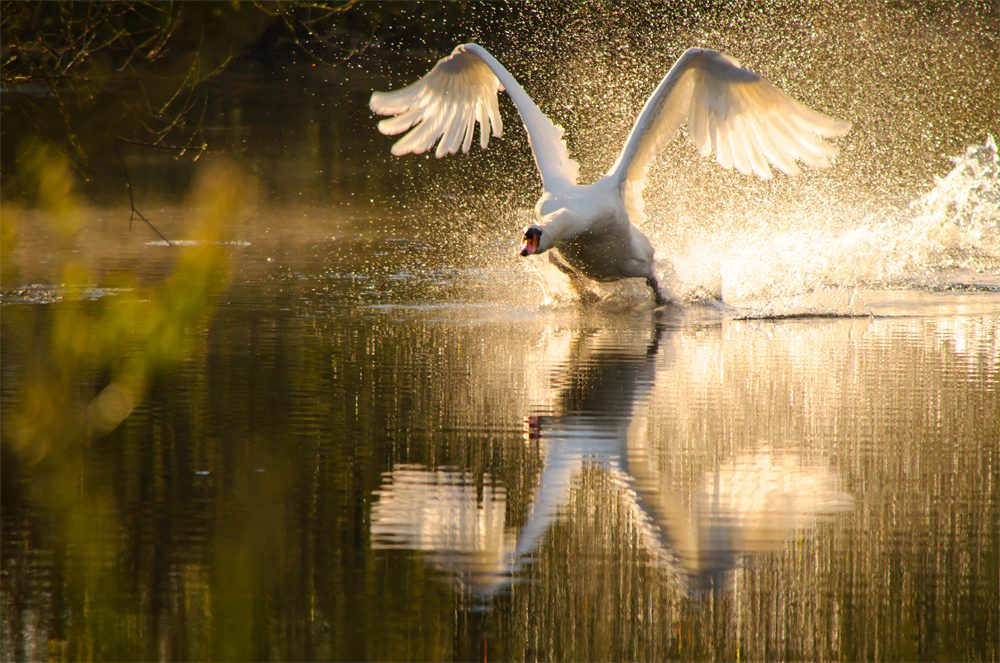