Dave has found some Blue Fleabane at the nature reserve. It’s a British wildflower that is sometimes used to treat toothache or arthritis (this is not a suggestion! Any weird stuff you do with flowers, you do at your own risk!). Its scientific name is Erigeron Acer, although Blue Fleabane is also known as Bitter Fleabane and Purple Fleabane.

It flowers usually between June-August which makes our find a little late, but as you might know from the Devon floods the weather has only recently dried out properly, and Blue Fleabane prefers dry land, so perhaps this makes sense!

If you’re interested then we have had a number of British wildflowers spotted in recent months. 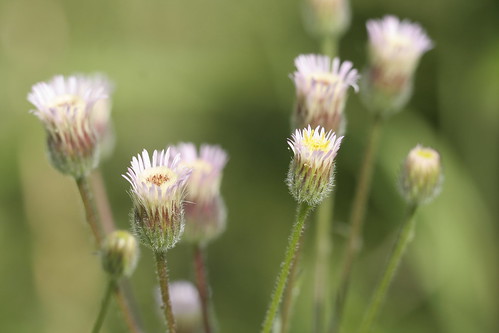