The usual thanks go out to Steve for this September birding update — a bit shorter than usual but he assures us he will be around a bit more in the coming months — be seeing you soon then mate! 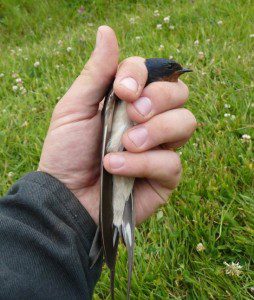 I’ll start with some old news, remember the adult female Swallow I caught at the Ponds on 26th June which was already wearing a ring? Well I have heard back from the British Trust for Ornithology with the full details of this bird.

It was ringed as a young bird on 2nd August 2013, when it was caught whilst roosting at Chew Valley Lake which is a large inland water body five miles south of Bristol. Lower Bruckland Ponds is 44 miles from Chew, but this is only half the story. Swallows are migratory birds and spend the winter in South Africa, so in reality between the two occasions this bird has been handled by bird ringers (Aug 2013 and June 2015) it’s probably flown in excess of 16,000 miles! Amaz ing when you consider the bird weighs just 18 grams.

Back to this month, and September is always the month that summer turns into autumn, with many of our summer visitors’ leave and are replaced with birds passing through from further north and Scandinavia. Not all have gone yet, with plenty of Swallows and House Martins still feeding over the Ponds. All across the UK there has been exceptional numbers of Siskins and Coal Tits following influxes from the east, and both these have species have been recorded at the ponds far more frequently than usual. Often the Coal Tits can be found tagged on to the end of one of the many passing Long-tailed Tit flocks, which hopefully will also attract a late autumn rarity within the next month or two. 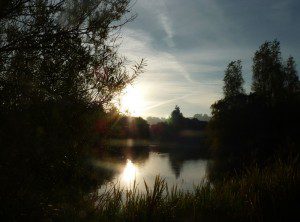