NB: The following is reproduced with thanks and permission. We had some trouble with one of the photos this time round but always try to recreate the newsletter as accurately as possible! 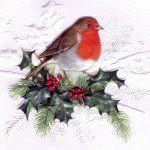 On December 1st  Roger Turner reported seeing a Wheatear on the path to the hide.  It is the latest I had heard of, then Ian Waite saw it on the 2nd.  It was still there on  the 12th. 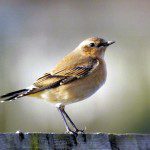 Mike Tyler wrote “According to the book, The Birds of Devon (Tyler 2010), (whoever he is!!) the latest record for this species in Devonwas 11th December 1945. Overwintering or a late migrant? “ 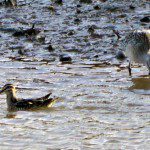 Sue Smith has been out with her camera again, and sent this picture of a Snipe from Seaton Marshes

Mike Lock writes “While doing a count for the Devon Bird Atlas around Alston (north of Axminster) I heard a Great Spotted Woodpecker drumming – several times. So they seem a bit confused by the weather. Song Thrushes were singing there and also in the Raymonds Hill area where I was doing another count.  There are lots of Redwings and rather fewer Fieldfares around, mainly feeding on the very abundant holly berries. Almost every fruiting holly bush has an attendant flock of Redwings. A lot of Blackbirds, too; I have had up to 18 in a single hour’s counting.”

Here’s an observation from Mike Dannat which, although ‘off-patch’, is definitely related to it.

“Where we live is on the edge of the Axe valley and our living room and conservatory face approximately E-N-E so we have a view over the Axe at Chard Junction and over the tributary which comes down from Chard. Over the last few mornings, at around 7:30am, I have noticed large numbers of Cormorants flying up the Axe and then diverting, more or less over the Dairy Crest plant, towards Chard reservoir. Each morning there has been a large flock which I have counted at around 40 birds and a few smaller groups. When it got to around 70 in total on Saturday 11th  December, I checked with the Chard Reservoir web-site and found that a record count of 51 individuals had been recorded on the 7th  and the 9th . I contacted Kevin Harris who runs the web-site. He checked and found that another record of 55 had been set on the 10th ! So now you know where a lot of the Axe Estuary birds may be spending their days! (Don’t tell the fishermen!)”.

We had a good catch this morning, the 11th, comprising of 63 birds processed. These were: Mute Swan 3(2); Canada Geese 13(1); Shelduck 11(5); Wigeon 22(2); and Mallard 14(1). (Retraps of totals shown in brackets). If it was not for the swans and geese, allowing the smaller species to escape, the total would have been a little higher.

Many thanks to Fraser for bringing along the trailer enabling the processing to take place in the countryside classroom next to the FSB at Black Hole Marsh, and of course providing refreshment of coffee and tea.

Wildfowl records included up to 70 Canada Geese, just 2 Greylags on the scrape (3rd), 12 Shelduck on the marsh on 8th and 36 at Black Hole Marsh on 2nd, approx. 200 Wigeon, up to 30 Teal on the scrape and 26 at BHM (2nd). Perhaps unusually a Teal was with a small group of Mallard close to the boardwalk near the hide.  Two Little Grebes were on a ditch in the reserve on two occasions and no more than two Little Egrets or Grey Herons were noted at any one time.  Singles of Sparrowhawk and Kestrel were seen over the marsh on 8th and 2nd respectively.  Of the waders just 30 Lapwing were noted on the scrape (8th) and a maximum of 300 on the marsh (5th), six Dunlin (3rd), four Snipe (10th) and 20 Black-tailed Godwit (8th) were on the scrape and a single Green Sandpiper was noted on the marsh on the 3rd. 213 Black-headed and 94 Herring Gulls were resting on the marsh on 1st.  A Kingfisher and a Great Spotted Woodpecker were seen on the reserve on 3rd, seven ‘littoralis’ Rock Pipits on 10th and three Water Pipits there on 3rd with possibly a fourth on the scrape on the same day.  A Stonechat was at BHM on the 5th.  Song Thrushes were very much in evidence, in full song, and seven were noted on the reserves on 10th.  Eleven Blackbirds were along the approach path from Coly Road on 1st and a Redwing was ringed on the same day when two Bullfinches were also ringed.  Up to 120 Starlings were present on the reserve and the marsh.  Otter spraints were found near the hide on 2nd and two deer, probably Roe Deer, were seen on 3rd.

Already positive signs of spring have been developing recently.  There are bluebell shoots showing through the leaf litter, and over a few days catkins have grown as much as two inches. An early morning walk yielded views of a Tree Creeper, the flock of 7+ Long Tailed Tits accompanied by a Goldcrest, and a sizeable flock of members of the Thrush family stripping berries off holly trees. It has been foggy and still, sunshine, heavy rain and storms – a true variety of winter weather.  Paths are now squelchy,  emitting that typical wet woods smell. Strong winds have brought down 2 trees, the largest, smothered in ivy, across the path up to my seat, and the remainder of the leaves have been ripped off the Oak trees. This morning Paco and I were bombarded with sleet then hail as we crossed The Hangings, while serenaded by two ‘storm cocks’ (Mistle thrush) defying the elements in ash trees above us.  It was good to see that for a change the stream beneath the top bridge was a bubbling torrent racing down through the goyle. Too wet to use binoculars, I watched a flock of L.B.J’s among the willow trees, accompanied, unusually, by a well marked pair of Bullfinches. Twice we have seen a lone Roe doe, but have had no sightings of the buck lately.

I visited Black Hole Marsh this morning, intending to go to the tower hide, but was foiled by the flooded track.  I went and changed to wellies, and, with the water not far from the tops, waded along to the hide.  In the reeds  near the viewing platform came the distinctive ‘squealing pig’ call of a Water Rail, but it stayed well hidden. Jean Kreiseler

The not so Trivial

I am sure many of you will wish to join me in Congratulating James and Jo Chubb, on the arrival of their daughter, Bethany Jane on 12th December.

Bob, Jean, Mike and David.  (and many others!) davidwalters@eclipse.co.uk.   7 Springfields,Colyford,EX24 6RE.